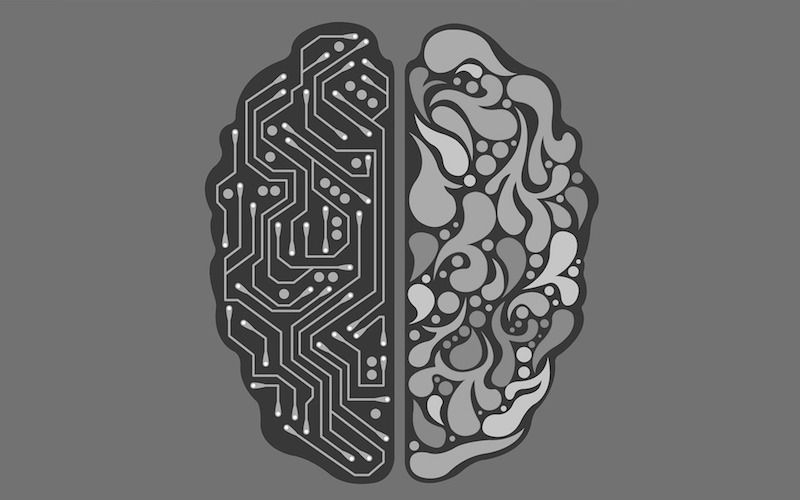 I finally found some time to do some machine learning. It is something I have always wanted to start practicing, as it is pretty clear that it is the future of complex problem solving. Indeed, for some tasks, we do not have an algorithm we can write and execute, so we make it up from the data.

A typical example of problem ML tries to solve is classification. It can be expressed as the ability, given some input data, to assign a ‘class label’ to a sample.

To make things clearer, let’s make an example. Imagine we performed analysis on samples of objects and we collected their specs. Now, given this information, we would like to know if that object is a window glass (from vehicle or building) or not a window glass (containers, tableware, or headlamps). Unfortunately, we do not have a formula which, given these values, will provide us with the answer.

Someone who has handled glasses might be able to tell just by looking or touching it if that is a window glass or not. That is because he has acquired experience by looking at many examples of different kind of glasses. That is exactly what happens with machine learning. We say that we ‘train’ the algorithm to learn from known examples.

We provide a ‘training set’ where we specify both the input specs of the class and its category. The algorithm goes through the examples, learns the distinctive features of a window glass and so it can infer the class of a given uncategorized example.

Every row is an example and contains 11 attributes as listed below.

The following is an extract of how the dataset looks like:

One of the simplest yet effective algorithm that should be tried to solve the classification problem is Naive Bayes. It is a probabilistic method which is based on the Bayes’ theorem with the naive independence assumptions between the input attributes.

P(x | C) is called the class likelihood, which is the probability that an event belonging to C has the associated observation value x. In statistical inference, we make a decision using the information provided by a sample. In this case, we assume that the sample is drawn from some distribution that obeys a known model, for example, Gaussian. Part of this task is to generate the Gaussian that describes our data, so we can use the probability density function to compute the probability for a given attribute 2. As already mentioned, every attribute will be treated as independent from the others.

Finally, P(x), also called the evidence, is the probability that an observation x is seen, regardless of the class C of the example.

The above equation is the ‘posterior probability’, which is the probability of class C after have seen the observation x.

At this point, given the posterior probability of several classes, we are able to decide which one is the most likely. It is interesting to notice that the denominator would be the same for all the classes, so we can simplify the calculation by comparing only the numerator of the Bayes’ theorem.

First thing first, we want to read our dataset so we are able to perform analysis on it. It is a CSV file, so we could use the csv Python library, but I personally prefer to use something more powerful like pandas.

pandas.read_csv will read our CVS file into a DataFrame, which is a two-dimensional tabular data structure with labeled axes. In this way, our dataset will be damn easy to manipulate. I also decided to label my columns so everything will be much clearer.

Now that we have our dataset in memory we want to split it into two parts: the training set and the test set. The former will be used to train our ML model, while the latter to check how accurate the model is.

The following code will split the data dividing the dataset in chunks (based on the number of blocks_num) and choose as a test set the chunk at position test_block which will also be removed from the training set. If nothing is provided apart from the dataset, the function will just use the same data for both training and test sets.

Estimating the P(C) of a given training sample is pretty straightforward. Prior probabilities are based on previous experience, in this case, the percentage of a class in the dataset.

We want to count the frequency of each class and get the ratio by dividing by the number of examples. The code to do so is extremely concise, also because pandas library makes the calculation of frequencies trivial.

To calculate the ‘pdf’ (probability density function) we need to know how the distribution that describes our data looks like. To do that we need to compute the mean and the variance (or eventually the standard deviation) for each attribute for every single class. Since we have 9 attributes and 2 classes in our dataset, we will end up having 18 mean-variance pairs.

Again for this task we can use the helper functions provided by pandas, where we select the column of interest and call their mean() and std() methods.

The function to compute the ‘pdf’ is just a static method that takes as input the value of the attribute and the description of the Gaussian (mean and variance) and returns a probability according to the ‘pdf’ equation.

Now that we have everything in place, it is time to predict our classes.

Basically, what the following does, is it iterating through the test set and for each sample calculates the probability of every class using the Bayes’ theorem. The only difference here is that we use log probabilities since the probabilities for each class given an attribute value are small and they could underflow.

As a result, we need to take as a prediction the class with the highest probability. If two or more classes end up having the same probability we decided to take the class which comes earlier in reverse alphabetical order, but this was not really needed for the given dataset.

Once we obtain the predictions, we can compare them to the class value present in the test dataset, so we can calculate the ratio of correct ones over the total number of predictions. This measure is also called accuracy and allows to estimate the quality of the ML model used.

In our tests, we obtained a 90% accuracy using the same dataset for both training and test.

Now that we know how to perform a prediction, let’s look at the data again. Does it really make any sense to train an algorithm on something and then test it on the same data? Probably not. We want to have two different sets then, but this is not always possible when you do not have enough data.

Our example dataset contains 200 records, ideally, we would like to squeeze it as much as we can and perform a test on the all 200 samples, but then we would not have anything to use to train the model.

The way ML people do this is called cross validation. The dataset is divided into chunks (as shown before), say 5 for example, and the model is trained against 4 of 5 chunks and the other chunk is used for the test. This operation is repeated as many times as the number of chunks so that the test is performed on every chunk. Finally, the accuracy values collected for every repetition is averaged.

Again, even using 5-fold cross validation we obtained the same accuracy equal to 90%.

Running a Zero-R classifier on our dataset just as a comparison with Naive Bayes, it achieved 74.5% accuracy.

Here it is the trivial implementation:

Comparing the Zero-R classifier accuracy with the Naive Bayes one we realized that our model is pretty accurate when compared to simplistic ones. Indeed, Zero-R only achieves a 74.5% accuracy.

One of the most popular library in Python which implements several ML algorithms such as classification, regression and clustering is scikit-learn. The library also has a Gaussian Naive Bayes classifier implementation and its API is fairly easy to use. You can find the documentation and some examples here: http://scikit-learn.org/…/sklearn.naive_bayes.GaussianNB.html

This implementation is definitely not production ready, even though it obtains the same predictions of scikit-learn since what is actually happening under the hood is the same. On the other hand, it has not been engineered too much as its scope was only to play with Naive Bayes. Anyway, most of the times looking at a simple implementation might be easier and more effective. You can find the whole source code and the dataset used here: https://github.com/amallia/GaussianNB

On implementing k Nearest Neighbor for regression in Python